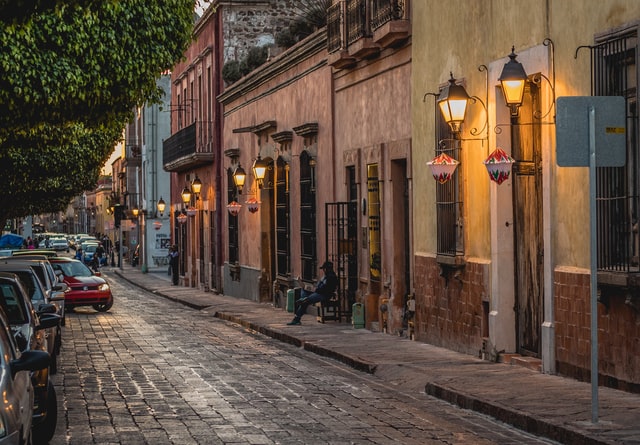 Retiring in Mexico, an overview.

Migration to the US has been important for Mexico’s economy and culture since the last century. For the last few years, migration to Canada has also increased among Mexican youth. But just as that, the migration of elders from the U.S and Canada to Mexico is far from being a recent phenomenon. It is estimated that around 1 million north Americans have chosen Mexico as their new country of residence, and here I’ll tell you why.

We have all heard those old clichés that talk about Mexico as a loud, all-permissive, partying land, where spring breakers go and have the time of their lives.

Are they real? Yes, they can be. But Mexico is such a big and diverse country, that it goes far beyond just a vacation destiny.

An article in 2019’s, BBC Latin América, quoted the International Living’s ranking of The World’s Best Places to Retire. The list, that included ten beautiful countries from all continents and took into account all kinds of tastes, varying from cultural France to tropical Vietnam, placed México in their top three.

For 2021’s edition of the ranking, Mexico is still heading the list as one of the best options for expats, just after Costa Rica and Panama.

Besides its unmatched culture and all that comes within, one of the reasons for placing Mexico as one of the most convenient places for expats, was the ease with which a temporary or permanent residence can be obtained. Mexican legal residents have access to some social benefits provided by the Mexican government, such as high-quality free healthcare.

The list also appealed that Mexico is already one of the most chosen destinations for elders. So, if you decide to spend your retired days there, you will find a huge community of English-speaking expats already acclimatized.

That ensures an offer of products and services that is already familiarized with the tastes and needs of the foreign market.

You’ll find a variety of fresh Mexican products, but due to the existence of the U.S. – Mexico – Canada Agreement (USMCA), a political agreement that eases commercial exchanges between Mexico, Canada, and the U.S. you will also find a large list of the products you regularly find in your hometown.

Mexico is huge in every possible way. It is considered one of the world’s 17 megadiverse countries. It possesses the second greatest number of ecosystems, bearing the fourth biggest number of diversities in flora and fauna.

Mexico possesses colorful small towns free of hustle and bustle, but also big modern cities with all services. For any option you chose, you won’t have to drive hours to get to a lake, a forest, a beach, a jungle, or any other spot in nature to have a quiet and relaxing time or to practice hiking and activate yourself physically too.

There’s a different city for every weather preference. The average temperature is 28° degrees celsius(82.4 °F), but it varies throughout the year and city. Just a few cities experiment extreme temperature changes, but the medium-range rarely gets lower than 10° and higher than 32° (50°and 90°F). So it makes it a perfect place if you are looking to escape from the characteristic cold northern seasons.

Mexico’s rich culture is directly linked to its biodiversity, and its great gastronomy is a symbol to it, with its unique and delicious endemic ingredients, ready to satisfy the most curious and demanding palates.
Its cultural heritage dates to the Spanish conquest, but it continues to bear its firm roots in the indigenous cultures prior to colonization. Ancient knowledge is very present in its daily life, just as spirituality and mysticism. If you’re a follower of history and anthropology or looking forward to connecting with nature and
with your soul, you’ll be in the right place to wander. You’ll find traces of prehispanic culture in literally every corner.

The people are another main reason to move to Mexico. Mexicans are well known for being warm and welcoming. Always happy to lend a hand, most of them will instantly make you feel like a part of their family. You’ll never miss a
chance of building new and lasting relationships.

The economic factor can be positively decisive for moving to Mexico. A great quality of life can be afforded for a low price. For example, a date in a beauty salon to keep yourself looking good and fresh can cost around $10 USD, while maintaining yourself active and relaxed in a single yoga class can cost about $ USD. The famous and delicious tacos cost less than $1 USD and a whole dinner for two in a nice restaurant can be afforded for less than $25 USD.

You can make your money worth in Mexico, a lot more than what it would be in your home country, especially if your income comes from the global north. But that is a subject of great importance, to which we will soon dedicate a complete piece.